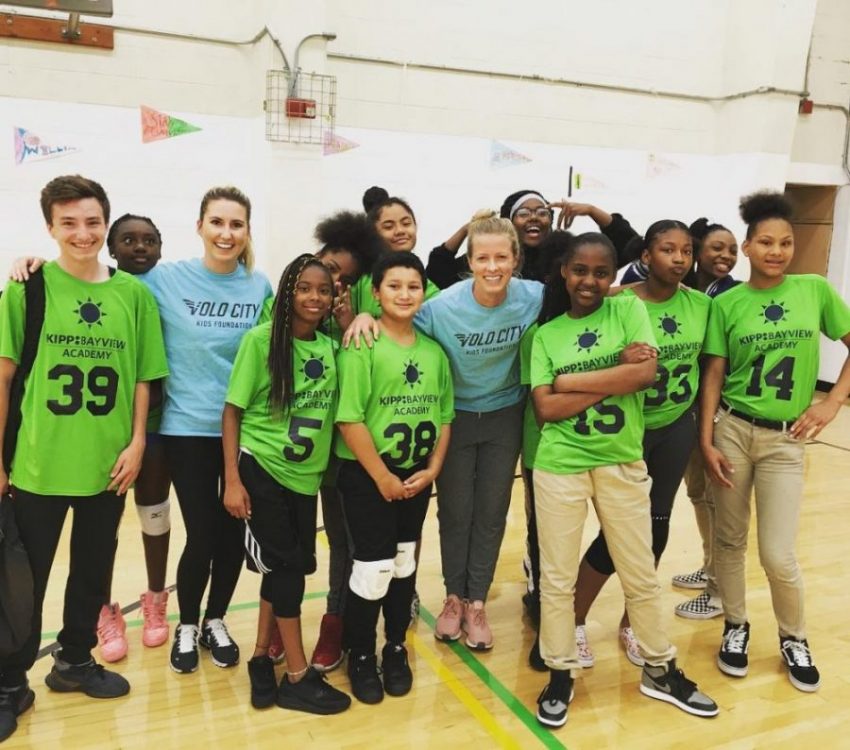 In it’s inaugural season, the Volo Kids Foundation has created a total of three leagues across San Francisco. With the guidance of volunteer coaches from around the city, the leagues are comprised of kids yearning to learn and play sports.

Currently, Volo Kids is offering volleyball, soccer, and mixed sports leagues for the kids. According to SF Social director Charlotte Fisken, the curriculum is designed to focus specifically on learning new skills each day, while also including time for the pure fun that a scrimmage entails.

There were plenty of exciting moments on and off the court for the team, but it wasn’t the success of a win that stood out. Instead, it was the respect being displayed amongst the kids that was truly a special moment for Fisken.

“Seeing the middle school girls I coach treat other with love and respect on the court is truly incredible,” Fisken said. “In the beginning of the year they had a really hard time with that, and would get very frustrated when a teammate missed a pass or messed up in any way. In a recent game they all high-fived each other after every point and stayed super positive despite losing the game, and I thought my heart was going to explode!”

For fellow coach Willis, she enjoyed seeing how excited the girls were when they saw their improvement as all of the hard work they put in paid off over the course of the season.

“They grew as a team and became more supportive and encouraging of each other, which further helped their confidence for growth and improvement both on and off the court,” Willis said.

In addition to the KIPP Bayview league this year, the Foundation was able to offer mixed sports at Harbor House and soccer at Mission Salvation Army.

With each passing season, you can expect more and more kids leagues to form, and with that more volunteers will be needed.