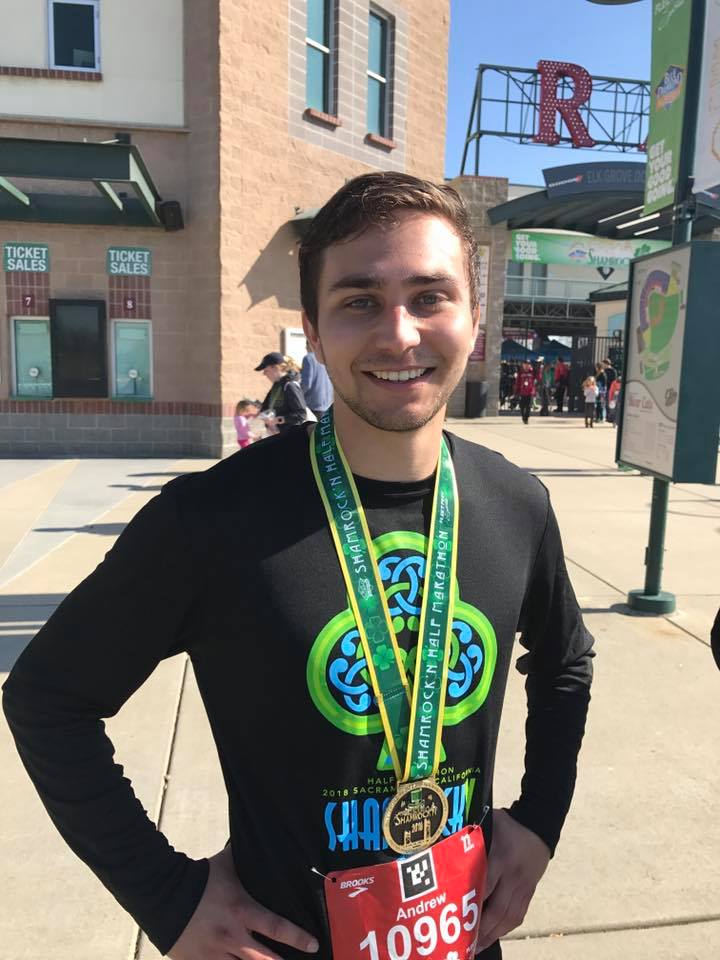 An avid soccer player, Andrew Whitling first started playing for SF Social back in summer 2017. He and his roommate, Drake, signed up as a duo, not realizing that they would find a whole new group of lifelong friends.

In the beginning, what surprised him most about playing was that he actually looked forward to Tuesday nights. SF Social made Tuesdays exciting because Whitling had the chance to hang out with friends and play soccer- two of his favorite things.

“SF Social has definitely opened up my social circle here in the city over the past couple of years,” Whitling said. “I moved to San Francisco right after high school in 2012 to attend SFSU and made some good friends over the years, but many friends chose to relocate after graduation. SF Social was perfect because it gave me the opportunity to meet new people after college.” 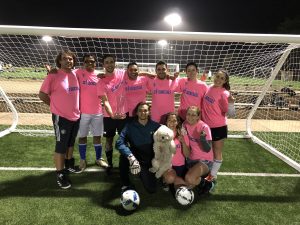 So far Whitling has only played in SF Social soccer leagues because it is his favorite sport and the leagues have been a lot of fun. However, kickball has begun to pique his interest and he might give that league a try in the future.

After his first season, Whitling formed the soccer team “Here For Lamar”, as the team mascot was the blind dog of a teammate. The team was a mix of players from his first team and free agents they picked up in subsequent seasons.

“’Here For Lamar’ was a blast,” Whitling said. “The team grew and changed over the seasons, but a core group stuck around. Even if someone couldn’t play for a season, they were always welcomed back or would keep in touch. 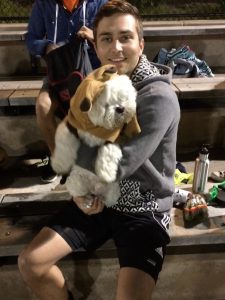 “After almost every game, we would go out and grab drinks and have a good time (karaoke was the best). Eventually we started making weekend plans together and hung out even more. I’ve met some great people that I wouldn’t have met if it weren’t for SF Social.”

In the fall of 2017, Whitling captained “Here For Lamar” to the league championship, and their season-winning game is one of his favorite memories of SF Social. After the big win he came up with a creative way to celebrate the season.

“I hosted a party and gave out some gag awards to each player (similar to the Dundees from the show The Office),” Whitling said.

Although the team no longer plays together, they are all still great friends and hang out regularly.

Having formed such great friendships the first time around, Whitling decided to sign up for the Tuesday soccer league as a free agent again.

“I’m not the most outgoing person, but having made many friends through SF Social in the past, I felt totally comfortable joining a random team as a free agent,” Whitling said. “I felt a part of the team from day one and have already made some more connections.” 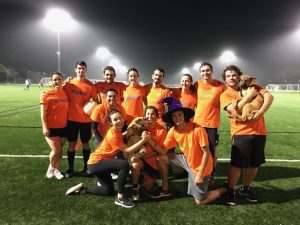 SF Social has made the SFSU grad feel connected to the community, as he has met some awesome people in the city. Win or lose, Whitling loves playing in the league because of the social opportunities.

“Even if a game doesn’t go your way, you’ll still have a good time at the bar afterward,” he said.