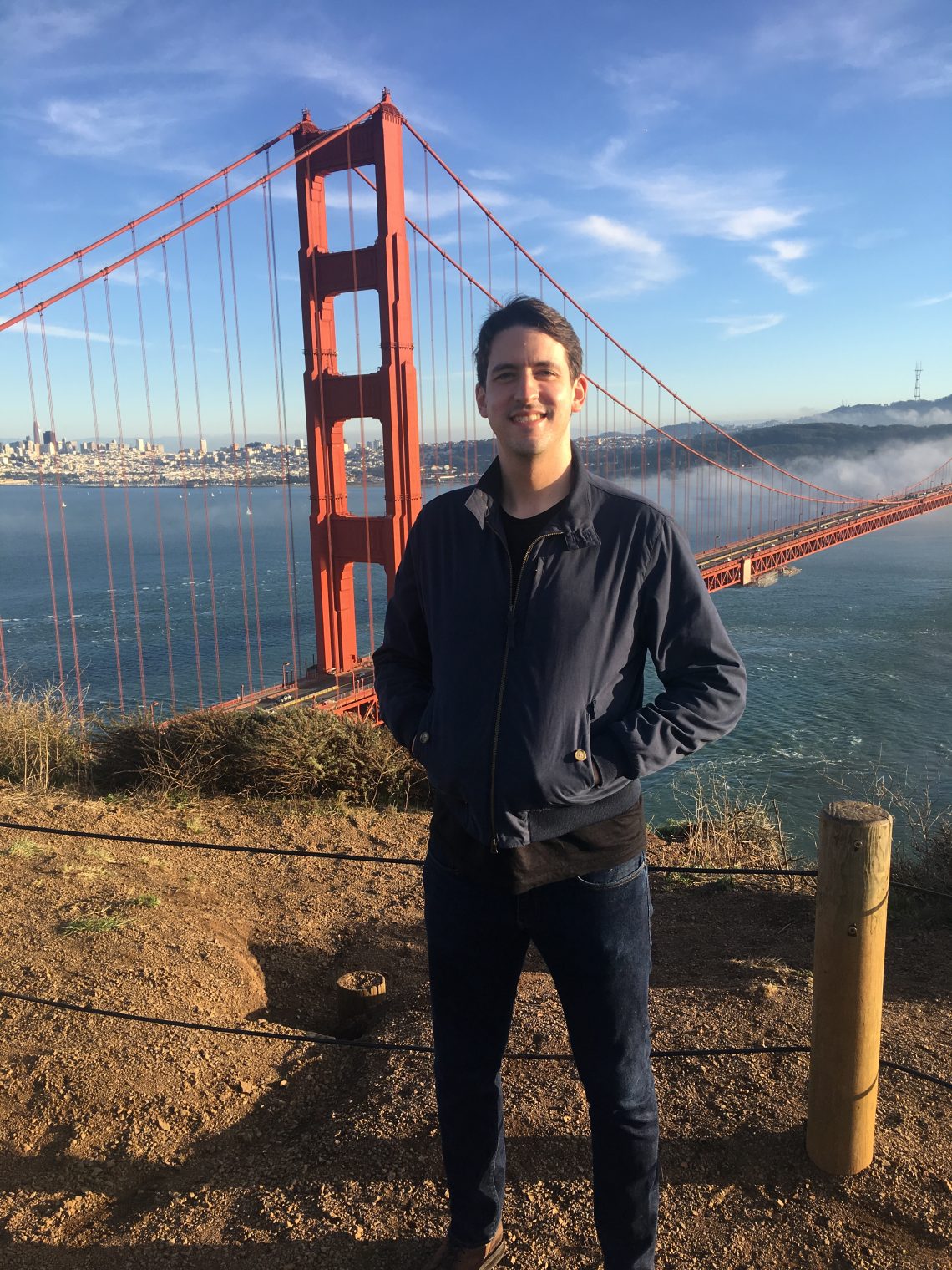 An Alabama native, Sean Kindig first moved to the Bay Area in 2016 for a job in Palo Alto. He moved to San Francisco in July 2017, and while playing in a football league he and a group of friends found SF Social.

That fall, Kindig and his group signed up for the Thursday night kickball league in the Mission/Castro neighborhood. They were assigned to a team already in the league- the Ballociraptors.

“When my friends and I first joined the Ballociraptors, we immediately clicked with our new teammates and quickly became a tight group of friends,” Kindig said. “We played for multiple seasons on Thursday nights and even won a few kickball and flip cup championships! We also hung out a lot outside of kickball as well and are still friends today.” 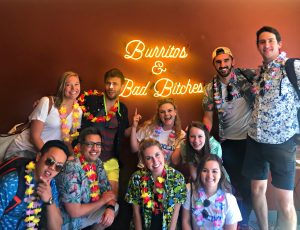 During his inaugural season, Kindig’s passion for kickball ignited. For the Alabama native, the sport provided an activity that made meeting people far less stressful.

Since then, he has signed up as a free agent for nearly every SF Social kickball league offered throughout the city. Ranging from the Mission/Castro, Marina, Lower Nob Hill, North Beach, and Potrero Hill, the kickball player has tried them all.

“After playing in my first Thursday night league in the Mission/Castro, I quickly realized that kickball/flip cup is an excellent way to meet people and make new friends,” Kindig said. “So, I started signing up as a free agent in other leagues on different days to further expand my social group.

“Also, playing in different leagues throughout the city allowed me to see the various neighborhoods of San Francisco and gave me something to do on those lazy Sunday afternoons!”

Following his successful run with the Ballociraptors, this past summer Kindig signed up as a free agent with a team later to be known as Kick Me Baby One More Time. What began as a small rag-tag group of misfits, grew into a tight group of friends who currently play in the Thursday night North Beach kickball/flip cup league. 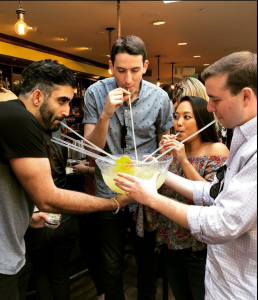 “This team knows how to party, so the experience has been great so far,” Kindig said. “SF Social brought together a group of likeminded people who may not have otherwise met had it not been for this league. Our team dynamic has always been strong but has only grown stronger as time has gone on.”

According to Kindig, it surprised him just how quickly a group of total strangers can become friends when you add a little friendly competition into the mix.

Although he has played in SF Social leagues across the city and amassed too many fond memories to count, he recalled one moment in particular. It was when one of his Kick Me Baby One More Time teammates nailed a runner with the kickball, all the way from the outfield at the last possible second, securing the final out and the win.

“Everyone was stunned, most of all the other team,” Kindig said.

While SF can feel isolating at times, Kindig found that playing in the various leagues throughout the city enables him to make more friends and have new experiences- something he credits SF Social with helping him do.

“I’ve met some of my closest friends in the city through the connections I made via SF Social,” the Alabama native said. “Moving here from Alabama was intimidating, especially since I didn’t know a single person in SF. But kickball and flip cup made the process of meeting new people easy. I would strongly recommend SF Social to anyone who is new to the city! 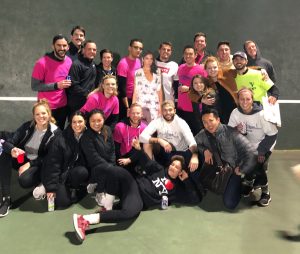 “By playing in different leagues throughout the city, I feel that I’ve experienced the various neighborhoods in the city in a way that simply walking through couldn’t have achieved.”

The Kick Me Baby One More Time player continues to play kickball because he loves the challenge of the competition, but still laid back enough to encourage all types of people to join. Kindig believes kickball is the most social of the competitive leagues by far.

Kindig added, “There is always an opportunity to have fun whether it is in the leagues with your teammates or at the end of the season party organized by the league!”