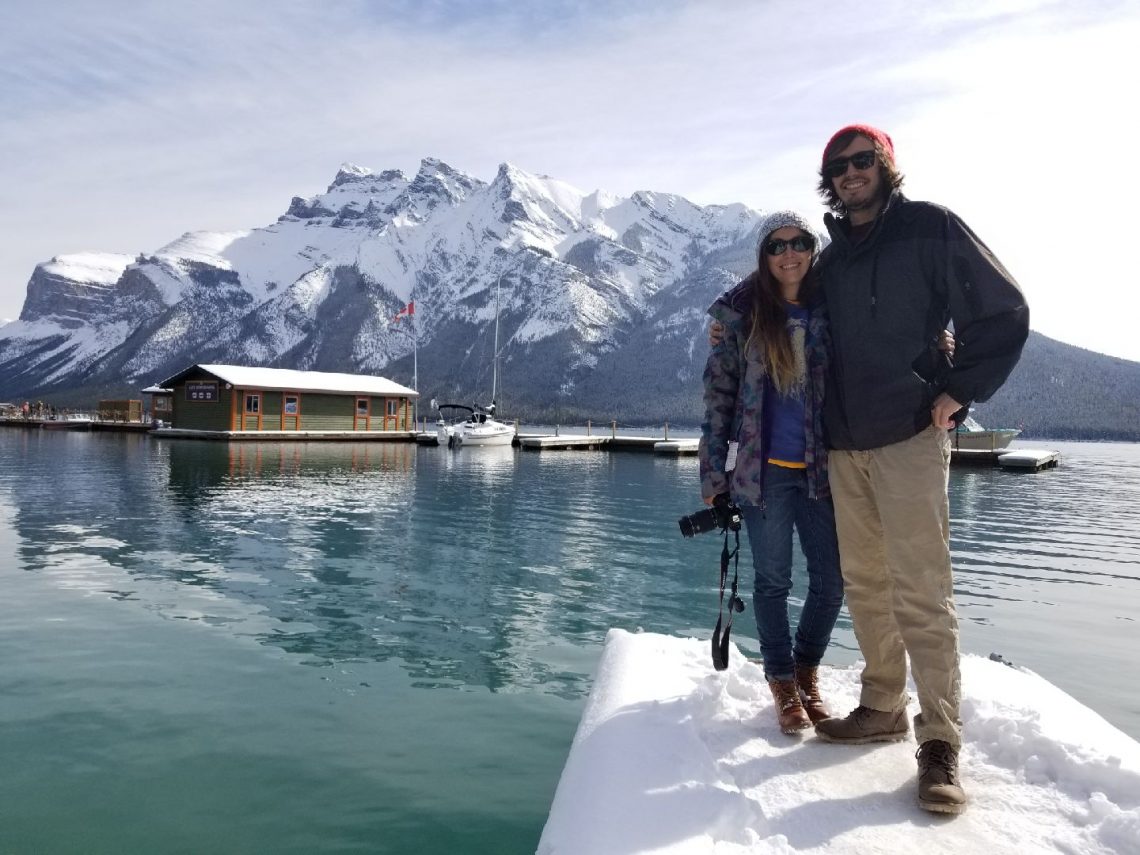 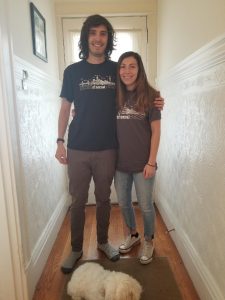 SF Social is the perfect place for bringing out your competitive side with sports, or socializing the night away at the bar making new friends. However, the leagues also foster one more unexpected thing: romantic relationships.

Players and staff alike are forming love connections across SF Social leagues. This is the story of how Adam Caughey and Taylor Vecchioni’s love blossomed at the flip cup table.

Adam and a group of his friends were initially signed up for a dodgeball league run by another sports company, only to find the league was cancelled. Searching for another league, he came across SF Social and joined as a free agent, not knowing anyone.

The games were played at Mission Salvation Army, and afterwards players gathered at their sponsor bar, Bar San Pancho, for flip cup competitions. It was here that Adam and Taylor met for the first time in May 2018.

Taylor was a flip cup referee at the bar for the Mission kickball league. After officiating flip cup she would help keep the bar games going for both kickball and dodgeball, allowing her to get to know all of the players. “I remember her being super inviting and fun,” Caughey said. “She had an awesome blind dog named Lamar with her, who I quickly became friends with.”

Taylor chimed in, “Adam came over to me and asked about Lamar and we quickly got to talking. I organized a game of rage cage and invited him to play.”

According to the flip cup host, one of the first things Adam said to her was that he was a poop scientist. Intrigued, she replied, “that sounds like a shitty job.”

The two hit it off quickly. Adam said, “After enough losing in rage cage, I challenged her to a duel. Interestingly, we both have different memories of who won.”

Not long after, the pair had their first date following a night of dodgeball and rage cage.

“Our first date was an interesting conversation while eating an El Farolito burrito on the floor of my kitchen, we know… very romantic,” Caughey said.

Taylor added, “To me, it was the perfect first date. While it may not have been glamorous, it encompassed who we are as individuals and how the most simple of things can lead to something great. It was the start of us.” 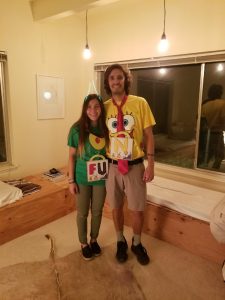 After that, the two knew they had something and made plans to play slosh ball for one of Adam’s friend’s birthday that weekend.

Fast forward to June, the two made it official and have been together ever since. They keep busy by participating in a wide range of activities.

“In our spare time, we enjoy being outdoors, traveling, making good food, going to concerts, and attending interesting events,” the couple said. “We also really enjoy going snowboarding together, and do everything we can to get up to Tahoe.” 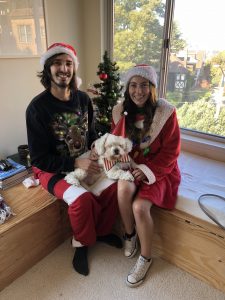 The couple also consider themselves co-parents to Lamar, who Adam calls his ‘dog son’.

SF Social is still in the picture and has turned into something they do together. Even after finding each other, they’ve continued to make new friends through the league.

“Taylor and I have actually joined that same dodgeball team as teammates this time around rather than adversaries,” Caughey said.

Over the past seven months the couple has been enjoying everything the Bay Area has to offer, including a Journey concert at AT&T Park, and camping trips in nearby towns. According to Adam, there was one camping trip in particular that stood out for them. It was a spot near Potterville where they met a nice family of Juggalos with a pet duck named Fro.

However, their favorite memory is their trip to Canada this past fall.

“Taylor and I got lucky enough to travel to Banff National Park where we saw a lot of amazing sites together,” Caughey said.

“I absolutely loved our trip to Banff,” Vecchioni said. “We flew into a snow storm on our first day, which made the hikes and views of the mountains and lakes even more breathtaking.” 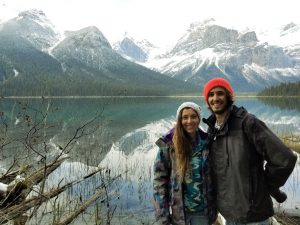 When asked to describe their relationship in three words, the couple came up with what they dubbed ‘the 3Ls’- Live, Love, Lamar. What’s up next for the pair? Adam and Taylor are gearing up for some serious travelling. They are excited for an upcoming trip to Japan, Hong Kong, and Korea in early April.

We asked the duo if they had any advice to people who are looking to join SF Social.

“Don’t be afraid to join as a free agent,” Caughey stated. “There are so many awesome like-minded individuals that you will meet along the way, and who knows, one of them may become more than a friend.”